History of Stuff at SCRAP

How do you choose to reuse the unique materials at SCRAP Creative Reuse?

Earth Day is April 22nd, and in order to celebrate creative reuse and sustainability, we investigate the History of Stuff we find at SCRAP Creative Reuse and how we can be inspired to choose to reuse. Learn more about some typical items you may find at SCRAP, and how you can think about ways to reuse common items and reduce waste. 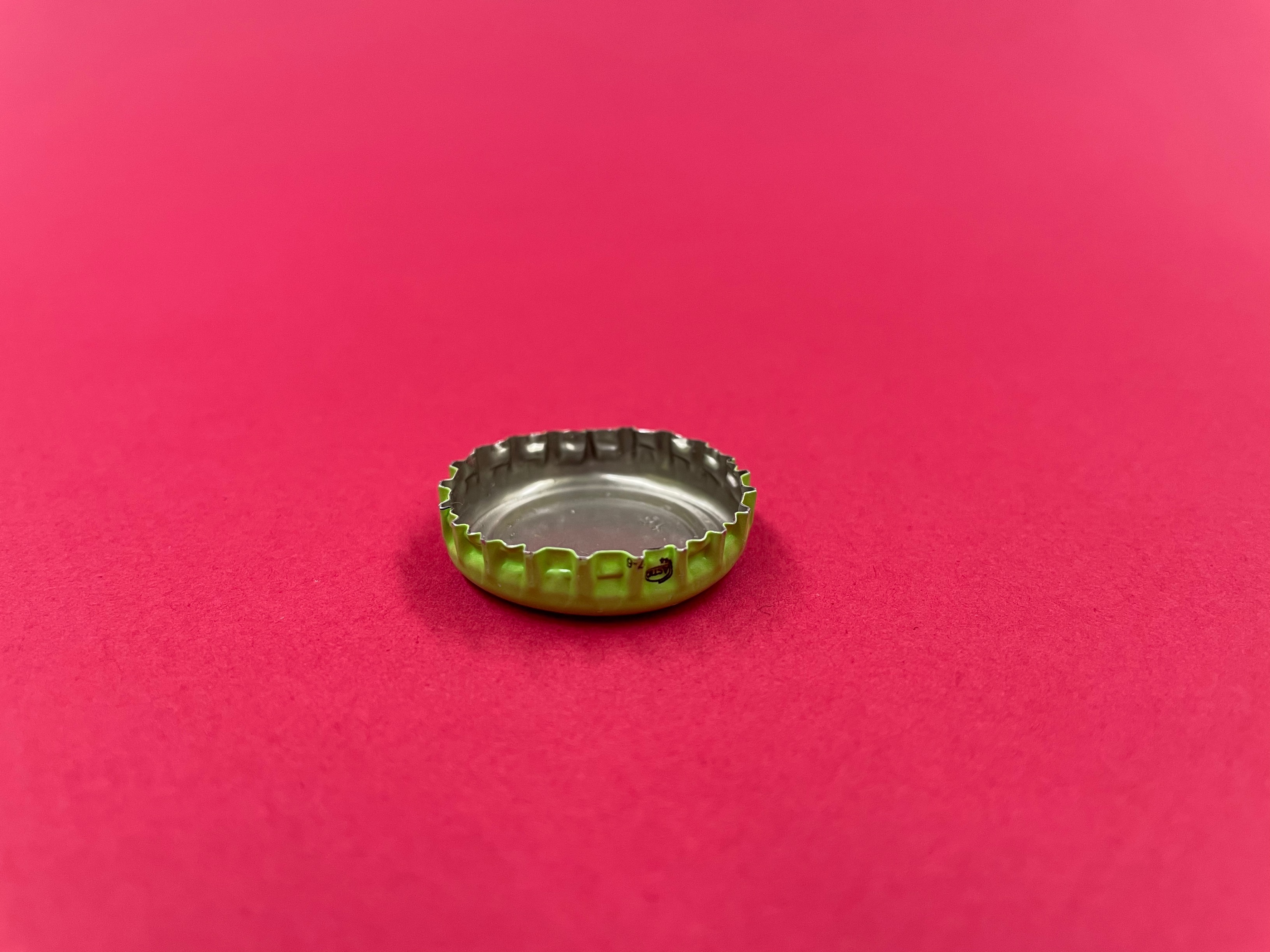 Often unreliable & hard to open, bottles were made from blown glass and sealed with a cork, then came the flip-top bottle in 1874, and in 1892 the crown bottle cap was invented. It was the first disposable product. Plastic caps came into use in 1927, and part of the growth of plastics through the 20th century.

Now, these standard bottle caps come in “twist-offs" and have become a way for beverage companies to advertise their brands. Crown caps are collected by people around the world who admire the variety of designs and relative ease of storage.

Bottle caps are not always easily recyclable because their small size may cause them to be lost in the conveyor belts and slip through the screeners. They are also covered in a rubber seal which makes them unrecyclable. Many end up in landfills.

You can sort and explore bottle cap colors and designs to create something new. Design a wall or table top mosaic, or add them to a reuse frame for a quirky makeover! 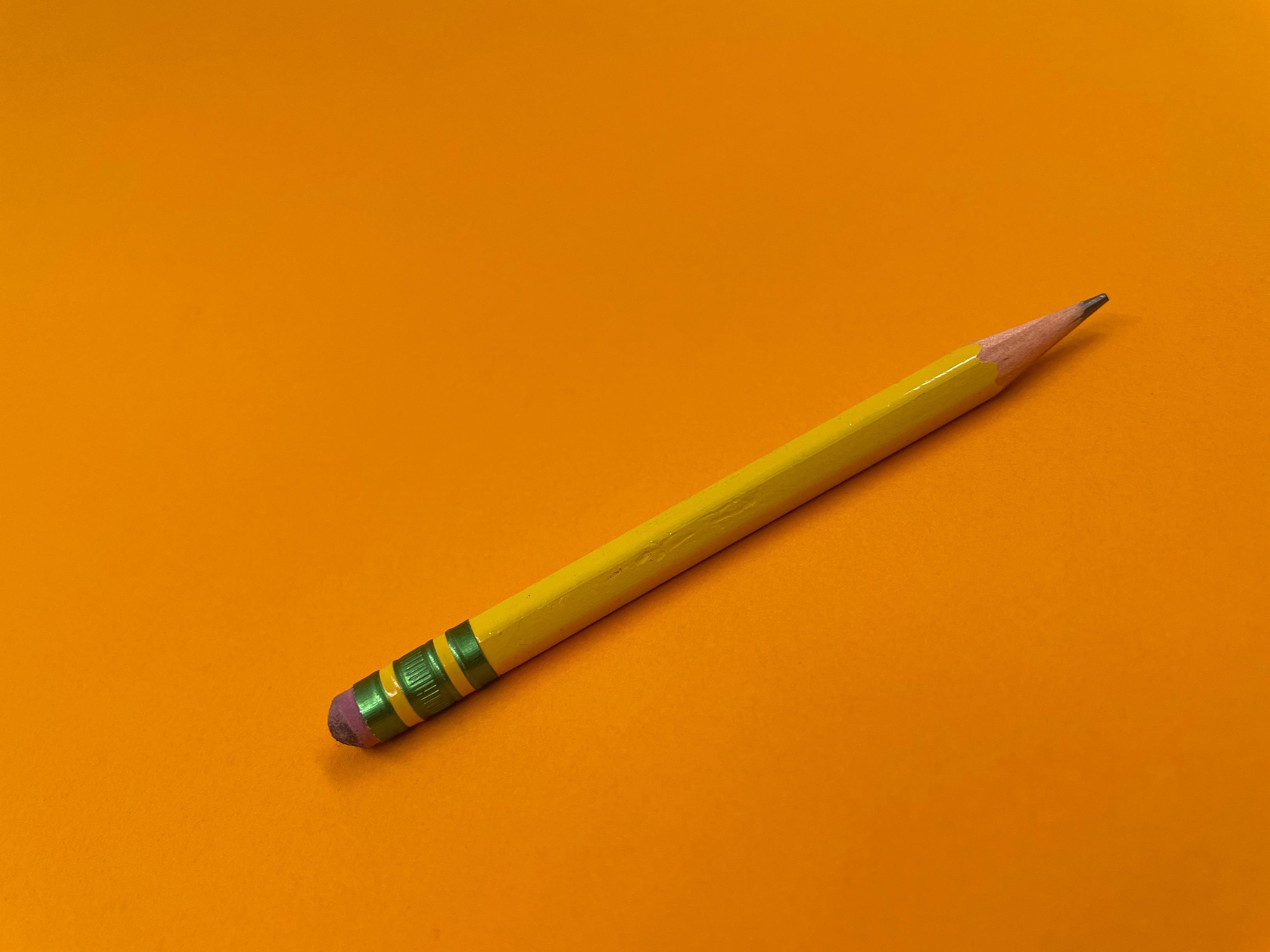 Lead styluses were used to write on papyrus (an early form of paper) dating all the way back to the ancient Greeks and Romans. The widespread use of darker graphite came after the 1560s and the discovery of large graphite deposits. By 1662, graphite pencils incased in wood became mass-produced in Germany.

Until the 1770s, humans used moist bread to erase graphite marks. In 1770, Joseph Priestley discovered rubber could be used to remove graphite marks, and the British engineer Edward Nairne developed and marketing the first rubber eraser in Europe. Nairne claimed to have come upon his invention accidentally: He inadvertently picked up a piece of rubber instead of breadcrumbs.

Today, pencils and erasers are massed produced using resources such as graphite, lead, wood, rubber, and volcanic ash (pumice). Did you know? - Pencils with built-in erasers on the tops are a largely American phenomenon. 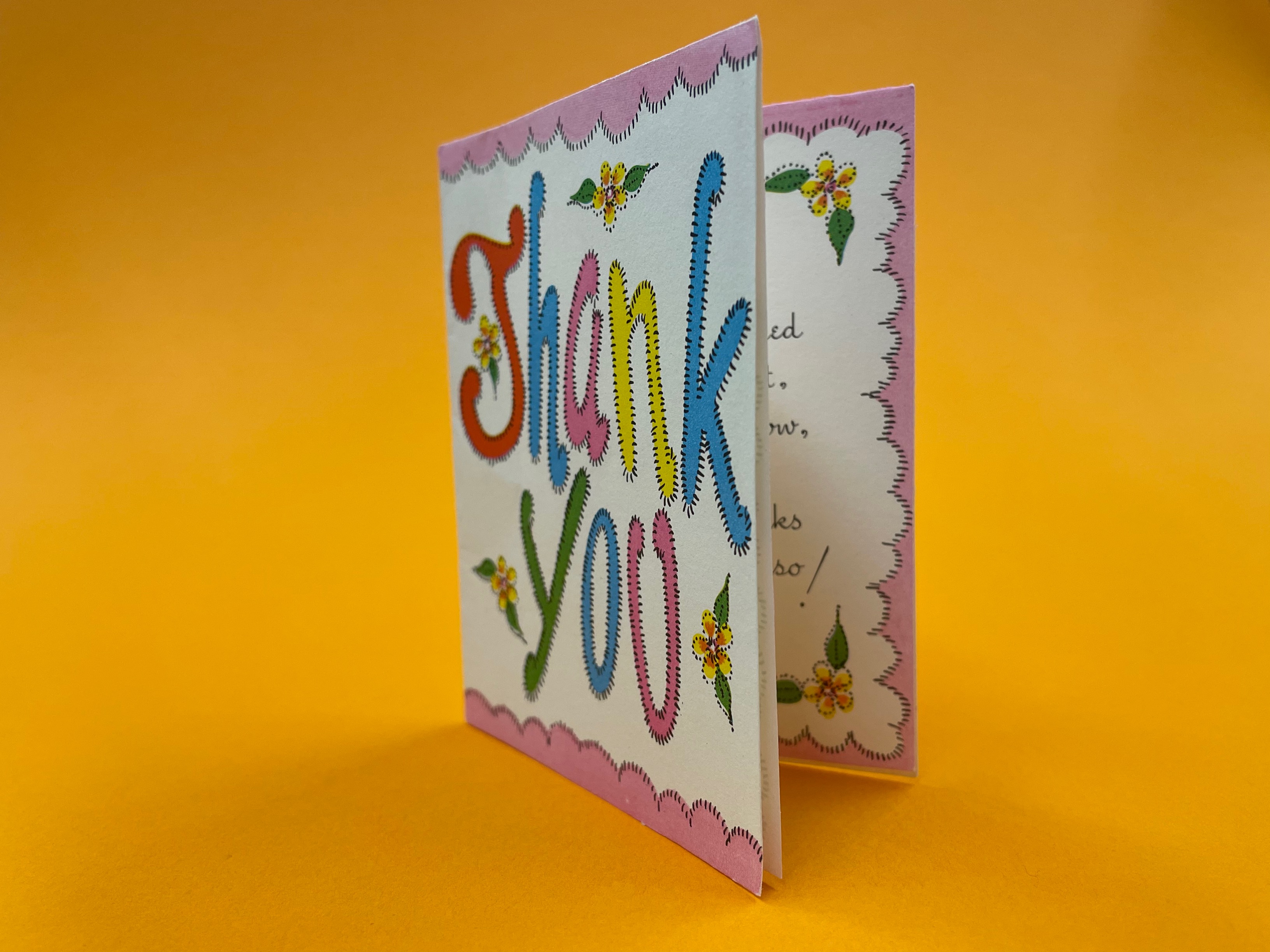 Greeting cards are simply an illustrated message that expresses affection, good will, gratitude, sympathy, or other sentiments. The history of greeting cards dates back to the ancient Chinese who exchanged messages of goodwill to celebrate a New Year, and to early Egyptians who used papyrus scrolls to send greetings.

Greeting cards evolved with the developments of paper over hundreds of years, and started as handmade letters, messages, and sentiments that were exchanged among friends and family.

By the 1400s, European communities exchanged handmade greeting cards and Valentine’s cards. In 1775, the US Post Office Department was created, and in 1840 the postage stamp was introduced. Greeting cards and other messages could now be mailed and sent afar.

Now, the mass-production of cards by the Greeting Cards Industry has perpetuated the idea of single-use cards. But we know cards can be reused, repurposed, and upcycled, or you can use SCRAP materials to make your own unique handmade cards. 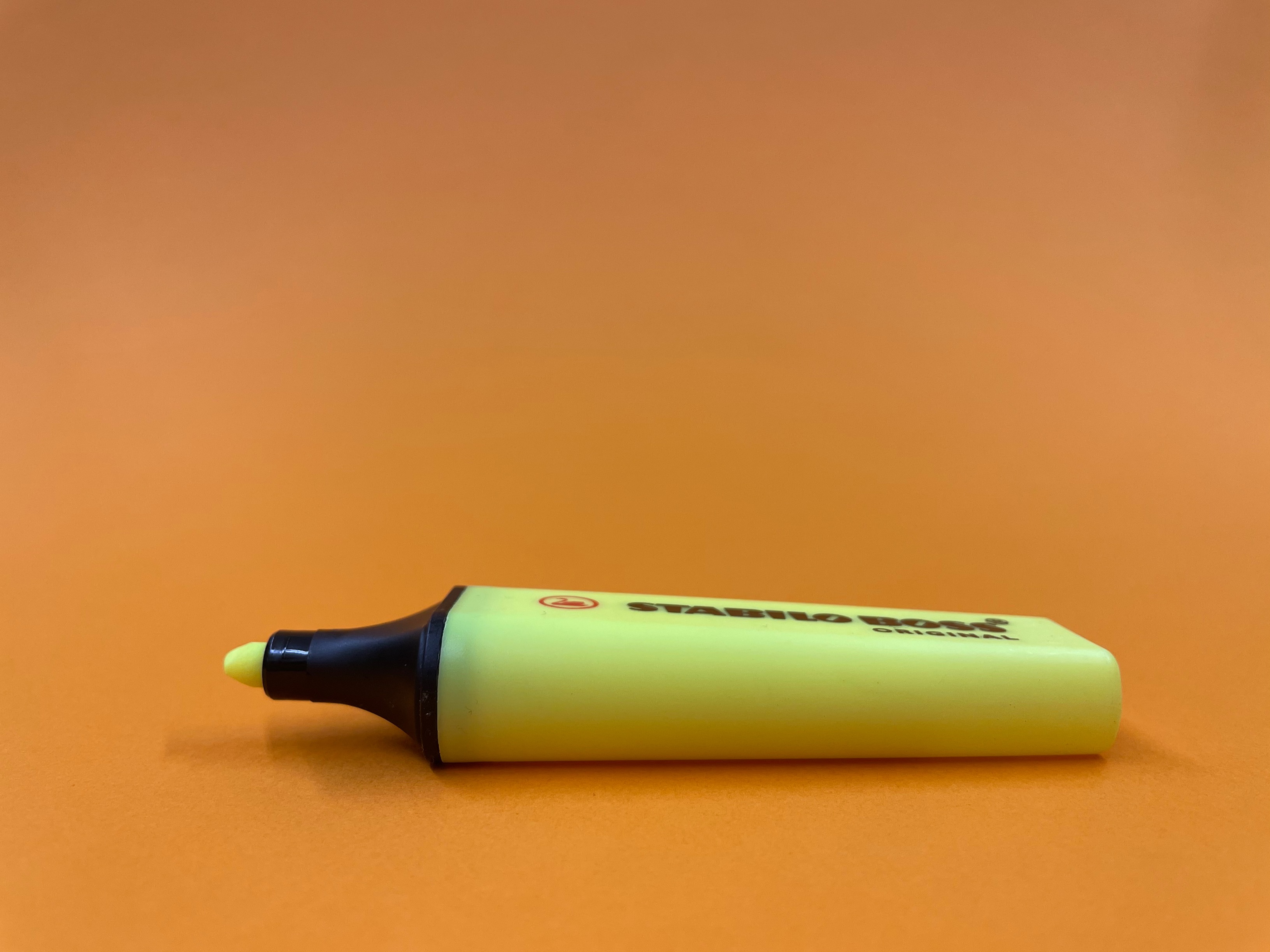 Highlighters came about in the 1960s. Before then, readers and students used pen and pencil to underline and write in book and research margins.

In 1962, Japanese inventor Yukio Horie created a felt-tip pen that used water-based ink. In 1963, the Massachusetts print-media giant Carter’s Ink developed a similar water-based marker that emitted an eye-catching translucent ink. They called it the Hi-Liter.

Highlighters work through capillary action that pulls ink through a filter to the paper’s surface when a writer presses the highlighter to paper. Highlighter ink is water-based, rather than alcohol-based, which helps prevent it from seeping through paper.

In the 1970s, office supply manufacturers introduced the next great innovation in text-marking technology: fluorescent colors. In the 1980s, the fiber tip was replaced with polyethylene beads molded into porous heads. (The plastic squeaks less, and the ink flows more smoothly.)

Now, highlighters continue to be a useful office utensil, and have flourished in the digital age as most word-processing and e-reader software products have a highlighter function. 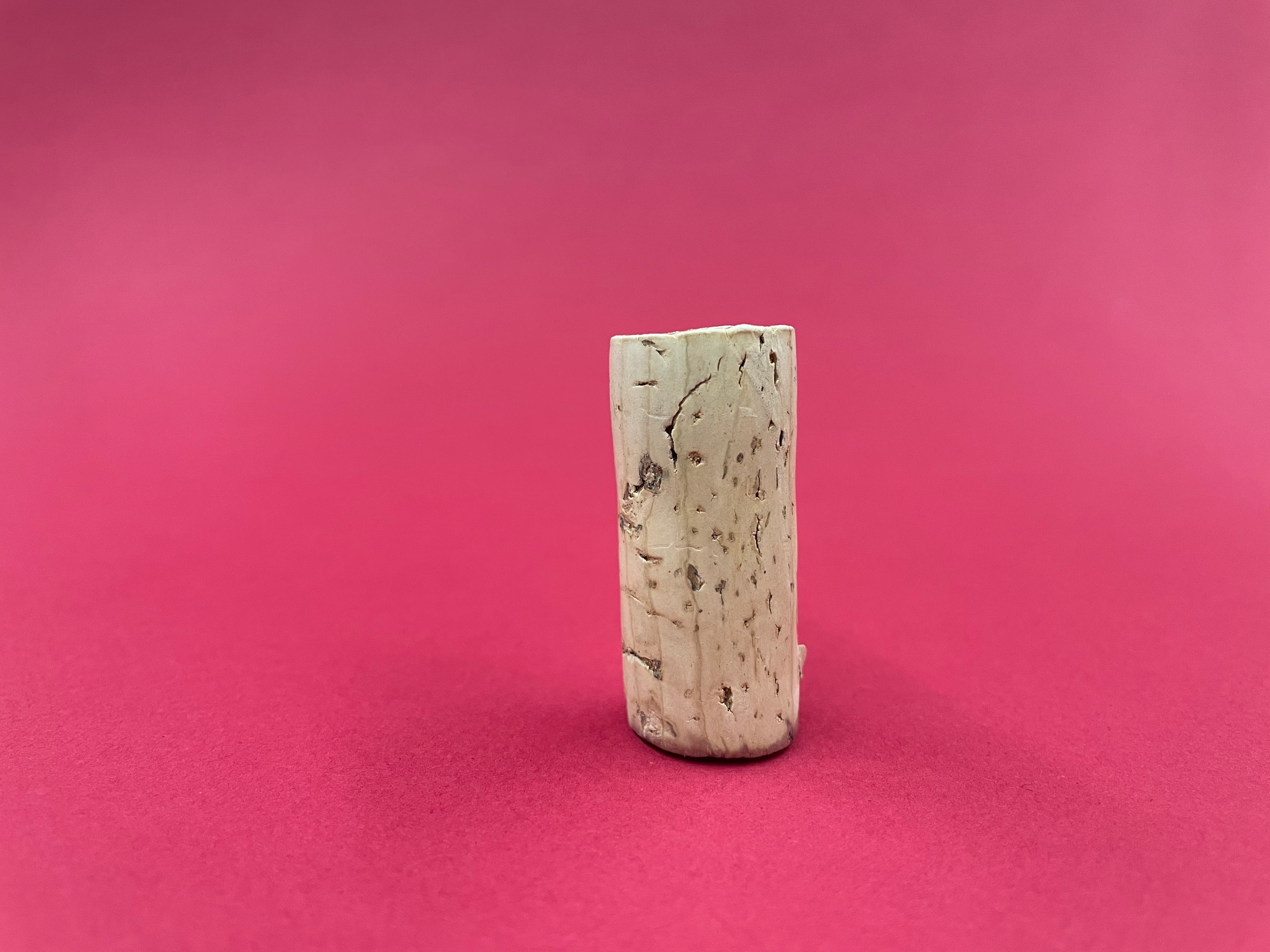 Humankind has been using corks since the days of ancient Egypt, and cork was used for boating, building, and shoes in the ancient Mediterranean area.

The usage of corks in wine bottles did not become common practice until the late 1600s. Corked wine came into being when it became possible to create glass bottles of unvarying design. Cork stoppers slowed the oxidation of wine. As a result, the corked wine aged better than wine that had a glass or cloth stopper.

Cork comes from the bark of a type of oak tree known as Quercus suber. The bark is stripped from the trees for cork production. This harvesting process does not injure the trees, and the bark regrows and continues its growth after harvest. It can take a period of a decade before a cork tree is ready for another harvest.

Cork production requires the cork to be dried, disinfected, boiled and softened, cut to size, sorted, and sterilized. An ideal cork is one with minimal contamination because it will not taint the wine. An ideal cork is one that allows less than one milligram of oxygen to enter the bottle on a yearly basis.

Cork is the world’s most popular type of wine stopper because of its many useful qualities. There are so many ways to reuse corks. They can be made into a variety of re-useful items or added to crafts. 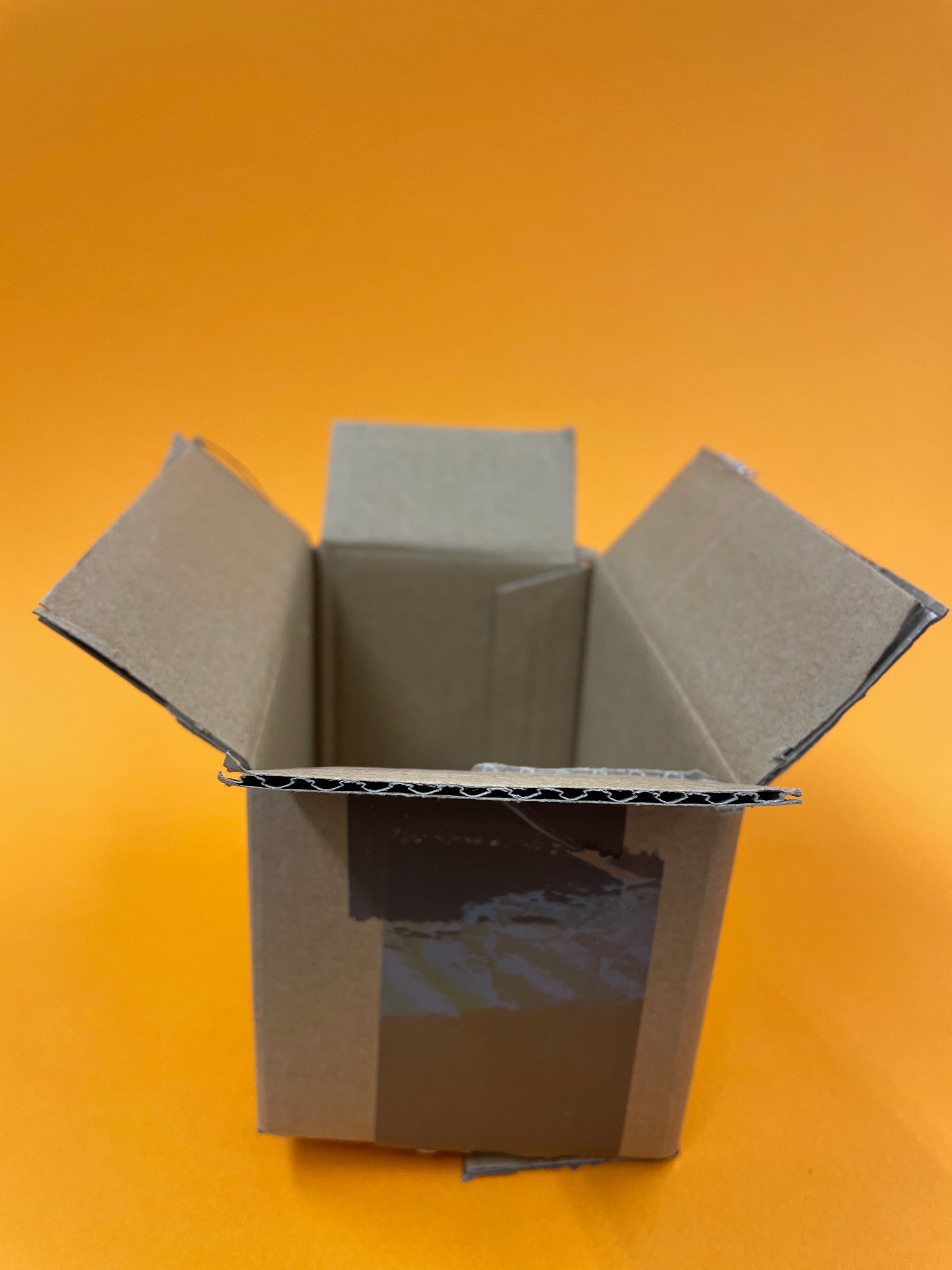 The discovery of the abilities and design of cardboard boxes came about in the late 19th century. They quickly became a mass-produced item used to ship a variety of industry’s products.

Scottish-born Robert Gair invented the pre-cut cardboard box in 1890 – flat pieces manufactured in bulk that folded into shape. Gair's invention was the result of a happy accident: one day, while he was printing an order of seed bags, a metal ruler normally used to crease the bags shifted in position and cut through them.

Corrugated ­­­– or pleated – paper was patented in England in 1856, and originally used as a liner in the manufacture of tall hats, but corrugated boxboard was not patented and used as a shipping material until 1871.

The first corrugated cardboard box manufactured in the US was in 1895. By the early 1900s, wooden crates and boxes were being replaced by corrugated paper shipping cartons. Cardboard boxes were much lighter and much easier to handle.

A majority of products are packaged and shipped in cardboard boxes. They are common in every household. They can be reused in gardens, craft projects, and reused as packaging materials.

Choose to Reuse and help the environment!

The more we try to reduce waste and reuse our stuff, the more we can help the planet! Check out how SCRAP inspires creative reuse and follow us for more ideas!